Thrilling, compelling and gritty, Missing delves into the difficult subject of of child sexual abuse and its impact; not only for the victim, but also the family and the police officers assigned to investigate the case.

This will definitely be high on my favorite books of the year list, the finely woven plot unwound bit by bit, with lots of plot twists and red herrings that kept me guessing as the book raced towards the shocking finale.

The main character, Craig Hunter is a likeable guy. I mean, who wouldn’t love a copper that would jump out a window into a tree to rescue a cat? I really enjoyed that scene, it made for a great start to the book. I also liked how well the characters from the Scott Cullen series were integrated into the story, adding more dimension to the characters I already knew (and loved.)

Overall, Missing is a dark, riveting, and memorable book with a strong plot that will draw you into the middle of the action. I definitely recommend to anyone who enjoys police procedurals or just a good, old-fashioned hard-boiled mystery.

Missing by Ed James is available on Amazon 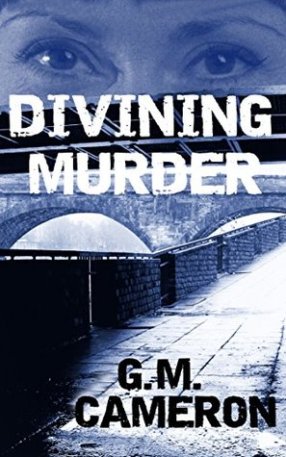 A woman is found murdered in a ritualistic way, and the police have very information to go on.  The victim, a middle aged woman who left her husband to start a mysterious new life is found in an alley in Glasgow with multiple stab wounds.   Shortly after the murder, Andromeda (Annie to her friends)  spies a man at a Glasgow train station whose aura is clearly evil.  After leaving an anonymous tip for the police, they trace the tip back to her, and with no other information to go on, begin to investigate what she saw.   It soon becomes apparent that Annie is the key to unraveling the mystery and stopping a man bent on evil.

I’m a sucker for paranormal mysteries, and I’m a sucker for Scottish mysteries, so I had pretty high expectations just from reading the blurb.  And it was (for the most part) an excellent mystery, with a taut plot, great characters and lots of magic.

The plot was really well done; a great premise that grew and spiraled as the book went on, wth an action packed ending.  I liked that there were actually 3 teams working on the mystery separately, it was  a great way to integrate new information.  So there was Annie and her friends,  the victim’s ex-husband, friend and her sister (who is a nun) plus the police.  And – you won’t believe this –  every time the amateurs found out new information they – get ready for this – called the police and told them of their findings!  Amazing, right?

I really enjoyed all the characters, from bohemian Annie to angsty punker Doll to soft-hearted thug Mick, they were a likable crew.  I have to say, out of all the characters, the cops were the most confusing to me.  I lost track of who was who, outside of Angela and Donnelly.

What kept me from rating this 5 stars (because it really was a great book) was a couple of things.  For one, it was predictable.  I knew what was going to happen at the end before I was a third of the way through the book.  I kept reading, hoping I was wrong but no, it’s like I’m psychic or something.  Also, this book went on way too long, a little editing would’ve tightened up the story and made it a lean, mean, mystery machine.

Overall, a great mystery and perfect for anyone who loves Tartan Noir or witches or magic.

SPOILER behind the tag: END_OF_DOCUMENT_TOKEN_TO_BE_REPLACED