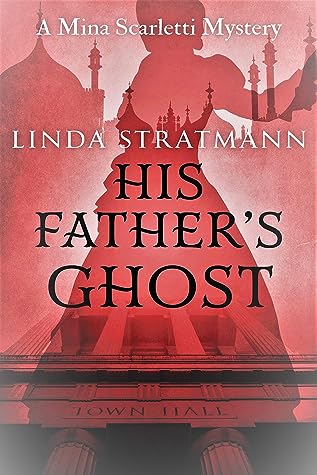 First off, I can say that my automatic rating for this series is five stars, it’s that good. The Victorian period is painstakingly portrayed so realistically, I expect to see men in top hats driving by my window in horse carriages.

Mina is an intelligent and spirited young woman battling Scoliosis, which she manages with grace and strength. But when a slight cold becomes serious, she is tucked away into bed, protected from the outside world by her hired nurse and her family. But that doesn’t stop Mina from cracking another Spiritualist case. Using her dedicated friends, she delves into the mystery of Franklin, a young lad haunted by the ghost of his father, Jasper, who vanished seven years before after falling off a yacht into the sea. Shortly after his disappearance, the truth was revealed; Jasper was on the verge of bankruptcy and was unable to hide his money troubles any longer. But without a body, it took several years to have him declared legally dead. Shortly after, his widow married a new husband and the rumors started flying once again.

Desperate to help her young son, the widow asks Mina to help. Mina, fascinated by the disappearance, calls in her network of friends tp find information about the case. Slowly, she works her way through the web of misinformation and finally uncovers the truth.

I started this after supper and couldn’t put it down until I finished it well after midnight. The plot, characters and locale are so vivid, so three dimensional that I felt like I was right there in the thick of things. When I picked up the book, I thought that Mina being stuck in bed for the majority of the book would make it dull, but that wasn’t the case at all. Between Mina’s brother Richard’s tales and the observations of the flamboyant actor Mr. Merridew, I felt like I was seeing it through their eyes.  I loved the ending, which neatly tied the threads together and even made me a bit misty.

Truly, this is a magnificent series and one I heartily recommend to historical mystery and cozy mystery fans alike.