Like a lot of ardent readers, I have a wishlist for books I wish I had.  But my list isn’t new books, or even upcoming books.  No, my list is for books and series that aren’t being published any more.

hat Wishlist includes The Cat Who books by Lillian Jackson Braun.  I miss Koko and Qwill and Yum Yum and the tiny speck on the map 400 miles north of everywhere.  Lillian Jackson Braun died in 2011, the last book in the series was published in 2007 (although I refuse to acknowledge its existence.  It was either written by a ghostwriter or, if it was written by Braun herself, she was apparently not fit to do so. It was a terrible end to the series and not at all fitting with the rest of the books.  Ugh)   Although it probably wouldn’t have gone for much longer had Braun lived a few more years, I wish there was a better ending to it than what was published. 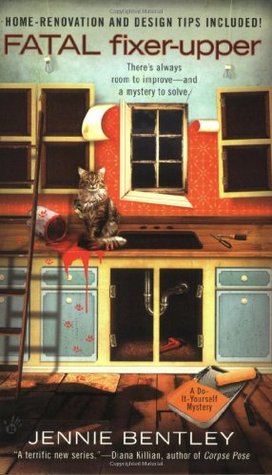 I just started re-reading another cozy series I enjoyed a few years ago, the Do-It-Yourself Mystery series by Jennie Bentley. Set in a small town in Maine, the first book follows Avery, a textile designer in New York City, who receives a letter from a great aunt she never remembered meeting. She travels to Maine to find out what her great aunt Inga needs to tell her, only to find out that Inga passed away a few days prior and left her home and all her possessions to Avery!   Upon returning to New York City, Avery catches her boyfriend cheating on her, quits her job and moves to Maine to fix up the Victorian home she inherited.  She hires a local handyman, Derek Ellis, to help fix up the house so she can sell it.  As Avery and Derek bring the old Victorian to life, they uncover a mysterious disappearance of a local history professor, several unsolved burglaries and even a new romance with the hunky handyman.  A charming and light series that I enjoyed but was unfortunately discontinued after the 7th book.  *sigh* I’d love to see the series revived, it was quirky, fun and enjoyable.  Bring back Avery! 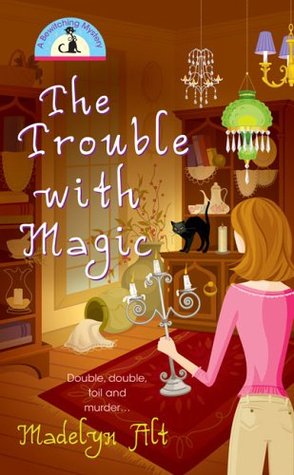 But top of the list is is the Bewitching Mystery series by Madelyn Alt.  I loved this series with all my heart.  The first book, The Trouble With Magic follows Maggie O’Neill who literally tumbles into a gift shop one morning during a rainstorm and and is hired by the shopkeeper, Felicity, to help out at the shop.  As she settles into her new job, she learns that her new boss is an honest to goodness spell casting wand waving witch.  When Felicity’s sister is murdered and Felicity is the prime suspect, Maggie can’t help but be drawn into the mystery and feels compelled to ferret out the truth and save her boss from being arrested for a crime she didn’t commit.  This magical series wove a spell around me, and I consumed all 7 books in the matter of a week, then waited with baited breath for book 8…which never came. *sigh* The author seemingly dropped off the face of the earth.  I’ve heard rumors of an illness or unfortunate life events, but unless she comes back, Maggie and her friends will forever be in limbo.  *bigger sigh*

So those are a few of the untended series on my wishlist.  Do you have your own wishlist? I’d love to hear about it! 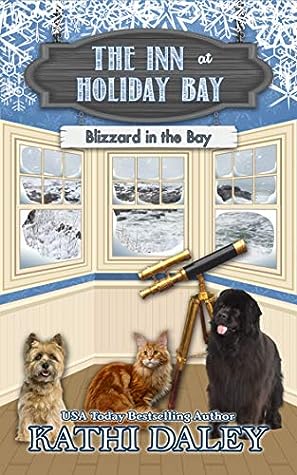 Another strong entry in a great series! The Inn at Holiday Bay is hosting a writers’ retreat and there’s a merry cast of aspiring authors, led by Dax Sherman. Abby has a strong attraction to him and is reluctant to see him again but sucks it up. But the mystery -ahhh, a juicy mystery! – during a break in a poker game, a man is found stabbed to death and none of the other people at the game saw it happen – or what anyone else was doing during the break. Dax was at the game and is one of the top suspects after it’s revealed that not only did he know the victm, he also had a motive to see him dead. There was a lot for Sheriff Colt Wilder to untangle and Abby is there to wade through the alibis to find the killer. Colt and Abby make a good team, and while I think it’s unlikely that a sheriff would be so forthcoming about the facts of an investigation, I’m willing to look past that. Abby is great at coming up with some pretty far fetched theories and surprisingly, is frequently correct.

This one was focused solely on the mystery and less about the other characters and their issues and I liked that. The last couple of books had a lot of relationship angst, but it served to move the characters forward and this book had some progress made in a few areas. I also liked the writers at the retreat, and I’d LOVE to read the time traveling nun story!

Overall, a great, entertaining read in a series I’d expect nothing less. 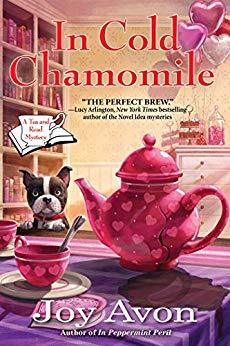 Haywood Hall is throwing a Valentine’s Day event with plant sales, dog adoptions, a concert and a chance to have books appraised by a TV expert! What starts out as a grand day devolves into one problem after another and then the worst problem of all, the TV expert is found dead, stabbed to death with a pair of scissors and the main suspect is Sean Strong, a world renowned baritone and a link to Iphy’s past. Iphy and Callie take charge to solve the murder, uncovering clues and putting the pieces together.

Overall, I enjoyed this one, the plot was a real page turner, with lots of suspects and some very surprising twists and turns. Even the ending was a shock I didn’t see coming!

I’m not sure if this will be the last book in the series or not (I sure hope not!) but there were a lot of endings in this story. If it does come back (I hope!) I can’t wait to see where it goes next! 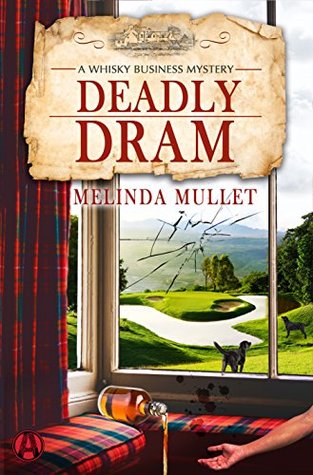 I can’t believe this is the third book in this series already, seems like only yesterday Abi showed up to take over her uncle’s whisky distillery. In this book, Abi and the distillery gang heads to a whisky competition and on the first night, a competition judge turns up dead, poisoned. As Abi races to discover how is behind the poisoning, another judge is found dead, also by poisoning. As she closes in on the killer, her partner Grant is poisoned after borrowing Abi’s toothpaste and is hospitalized. There was no shortage of suspects in this one, most of whom had their own interrelated paths that wove a tangled web into the investigation. Bit by bit, Abi untangled the knots but not before two men died and her business partner (and romantic interest) nearly died. I liked the police inspector, Michaelson, had more background added, making him more a part of the story than in the other books. The addition of Breanna, Grant’s ex-girlfriend also added another layer and looks like she will be in further books.

The explosive ending was by far the best part. I had an inkling who the murderer was around halfway or two thirds through the book, and I wanted to smack Abi and tell her she was on the wrong track. Still, it was an exciting ending and a great cap to a great book.

I have one small complaint: No, you cannot go to the store and buy a bottle of vape juice and poison someone with it. Also, vape juice is not nicotine with flavoring added, there also PG (propylene glycol) and VG (vegetable glycerin) added. Nicotine is also already diluted when you buy it, usually with PG, but sometimes with VG and in varying concentrations. With all the hoopla in the news lately about how “vaping is killing people” it isn’t and considering how many people have stopped smoking cigarettes with vaping (I’m one of them) I hate to see misinformation being spread. It’s bad enough in the media, but I’ve read a couple of books with this as a plot device and it’s unacceptable. 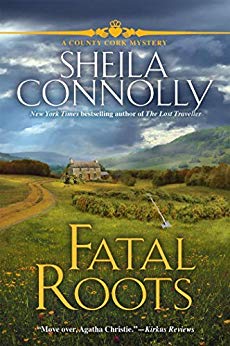 Somewhere between 3 and 4 stars, but I’m not sure where. I’ve been reading (and enjoying) this series since the beginning and although I liked this book, I felt like it was confused as to what it was supposed to be. There wasn’t much of a mystery, so I’m going to say this is fiction with a hint of mystery and it seemed mostly to tie together a bunch of loose threads from the series so far and to connect Maura’s mom and her new family to the series? I don’t know.

The mystery (in a loose sense of the word) involved three college students who came to Leap to study Fairy Forts, small circular constructions that dot the landscape in the Cork part of Ireland. When one of them disappears, Maura and Mick go out to take a look around and find a body buried in one of the fairy forts, one that has been buried too long to be the missing college student. There’s not a lot of investigating but the truth is soon uncovered.

The only part of the story that I didn’t like was there was too much filler. Every new facet was repeated and rehashed over and over – punctuated by Maura explaining, over and over, to everyone in her vicinity that she didn’t have a computer, didn’t know how to use one and did she mention that her mother abandoned her and just came back into her life? If not, let’s let everyone know yet again. So I think this would’ve been better as a short story minus all the filler.

Overall, I enjoy visiting Leap and the gang down at Sullivan’s Pub but would’ve benefited from a stronger mystery and less filler.  It can be read as an entry into the series as any references to prior events are explained pretty well, but I recommend reading this series in order to experience the growth of the characters as the series progresses.